Q&A: What is Redistricting and How Will It Affect NC?
September 2, 2021

State Rep. Terry Brown Jr.: Redistricting is the process states use to draw the maps that determine which district you live in.

As per our Constitution, district lines are redrawn every 10 years based on new census data. And North Carolina is in the redistricting process right now.

Why is redistricting important?

State Rep. Terry Brown Jr.: Redistricting is important because you want representatives in the North Carolina General Assembly or up in DC to reflect the community that you live in. With the new census numbers, we’re also getting another congressional seat. So that’s going to be a huge change for us.

We want to make sure that we redraw districts in the fairest way possible, and the only way to do that is by showing how many people in North Carolina care about this.

So I encourage everyone to make sure that you, your friends, and your family are engaged in this process. Go to ncleg.gov; there’s a tab called “Redistricting” on the right-hand side where you can leave public comments.

Every single member of the House and Senate gets those [public comments]. They may not always respond, but they always see them. And I’ve been in committee meetings where members pause the process just because they’ve received so many emails. There’s power in that.

State Rep. Brian Turner: The best thing we can do is get rid of the voter ID requirement. But if it withstands the court challenge, and we have to live with it, I’d want to see the broadest number of IDs eligible to be used, like college student IDs or utility bills. I think it goes a long way to making sure that people have access to the ballot.

State Rep. Terry Brown Jr.: I’d like to see North Carolina continue practices that we had during the pandemic, like when we allowed voter registration through the North Carolina DMV system online. It’s important to meet people where they are.

I also want to see expanded early voting locations and hours. The reasons I hear most from people who don’t vote is that they didn’t have time, didn’t know where polling places were located or weren’t aware of the elections.

Some politicians in states like Georgia want to create barriers to voting. Are you concerned that some of those threats will come back to North Carolina?

State Rep. Terry Brown Jr.: The threat is always going to be there. If one state is doing something, several other states are not too far behind. We have had some very bad bills introduced here in North Carolina, but luckily, not to the same extent as we’ve seen in Georgia.

That’s why this redistricting process is so important. The maps will determine the future of our state and what type of policies are introduced for the next ten years.

Submit a public comment about the ongoing redistricting process in North Carolina.

Who’s your voice at the state capitol? Find your state legislators with our easy-to-use tool.

State Rep. Brian Turner: During my first election in 2014, I was working the polls out in Leicester, a rural area in Buncombe County. And many of the voters only came to town once or twice a year and didn’t have a driver’s license. They’re like my grandma, who was born in Flag Pond, Tennessee, on a farm.

These are folks who don’t have access to IDs because they don’t need them in their day-to-day lives. And just because you don’t participate in our economy the way others do, it shouldn’t disqualify you from having your voice heard. Your vote counts just as much as anybody else.

Sometimes we have to revisit some of the assumptions in our lives. I’ve been used to having an ID my whole life. But there are plenty of folks out there who have never had one. I think we need to be sensitive and recognize that.

What does the right to vote mean to you?

On November 3rd 1992, the day after my 18th birthday, I walked down to my local polling place. I was first in line, I was so excited to vote, to have a chance to decide who was going to be our president, our senator, our county commissioner. It really empowered me.

And that’s something that I want to make sure that everybody in North Carolina has the opportunity to do. I want to make sure that when they walk into a polling place, that they’re not being asked six different questions, all with the intent of keeping them from casting their ballot. That is something that I’m going to fight for as long as I’m in the General Assembly.

There’s nothing more basic to our democracy than being able to vote, and it’s being threatened. But it will not be undone. Because you’ve got folks like me, like Rep. Brown, and a bunch of others in Raleigh, who are fighting to make sure that it is preserved.

Connect with your elected leaders

(If you don’t know who your state legislators are, look them up using our tool!) 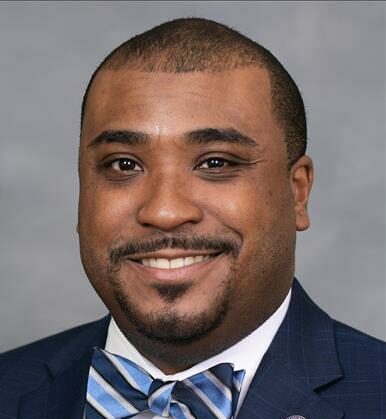 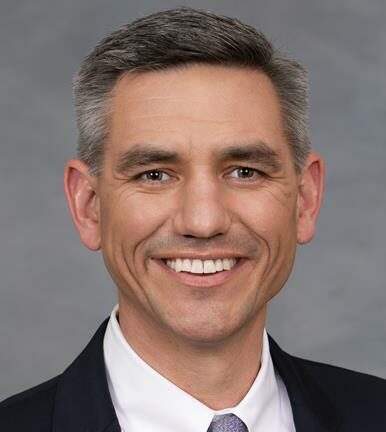